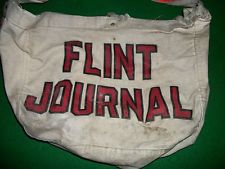 I still remember the first time I earned money. I was 7 years old. My dad was working in the yard and had me come over to assist. I had always helped before, but this time I was going to be in charge of something. Namely, all of those grass clippings, and the clumps from the front yard where he was edging. He told me it was my job to rake and sweep it all up, pick it up, bag it, and take the bags out to the road. He showed me the right way to do it all, gave me some tools, and told me to ‘get after it’. And I did, with great gusto in fact. I recall it being a particularly hot day. I took my shirt off and was left with only my cool aqua 70’s pants, and a jean style floppy hat.

A few short hours later I had that yard clean and green. Next came the inspection. Dad looked everything over carefully. He asked some questions, I gave some answers. He seemed satisfied. Then he reached in to his pocket and produced two shiny quarters, and handed them to me. “Here’s your pay son.” Whoah..what? PAY? I am getting PAID for this? Yes sir. It was true. Compensation. Sweat equity. Equal pay for equal work. The righteous might of the mighty broom. Whatever. I had COLD HARD CASH in my hand! I hopped on my bike and tore off for Paul and Dotties store on the corner of Franklin and Ohio Avenues! Wacky Packages and some candy…wait….not enough money to get everything I wanted? What to do?!

I raced home with my goodies..and asked Dad if there wasn’t something else that maybe needed some sweeping up or moving around.  And so it began. This work thing really had a hold on me. But I soon learned that there was something to be said for creating something on your own when no work existed.

So I set up a kind of carnival in my backyard. Had some ‘acts’. Hired a security team, charged kids a nickel to get in. Not enough to pay the security team though, and believe me when your security team consists of 11 year olds, and you are eight, you better find a way to pay them–and with the quickness!  So we added some attractions, expanded our team. But when a parent complained after their kid raided his piggy bank to take in our evening performance of the  Osmond’s big hit One Bad Apple, Dad shut the whole thing down.

So then I started the Neighborhood News. Pretty much just me writing some stuff on paper…complete with pictures. Initially, only Ralph Lane, my next door neighbor, and my mom, subscribed. But when I broke the story about the neighborhood Peeping Tom…subscribership soared to TEN people!  But still economies of scale being what they are, the business became challenging. Then it occurred to me…if only I could line up a gig where someone else mass produced a paper, and I would just sell them. OF COURSE! A paperboy! That had to be the ticket. And when my buddy, Ernie Gilbert, offered up his route so he could move in to the lucrative ice cream sales business, I greedily accepted his paper route.  (Regrettably, ice cream sales plummeted that summer…or maybe Ernie ate all of his inventory…I can’t remember.  Either way, I got the better end of the deal.)

That began a multi-year odyssey that only a much longer story  (or a short book) could possibly do justice to. However, suffice to say that it held me over. At least until my buddy could get me in to Mcdonald’s, where I parlayed a lifetime of Big Mac eating, in to a job making them.  As a McNugget master, I learned two things 1) The food service industry would not be where I’d make a career, and 2) No one looks good in polyester bell bottoms…and I mean no one.

In truth, all of those experiences prepared me for the work I would come to do later in my life. Entreprenuerial skills, cooperation, taking orders, giving orders, dealing with clients and customers, and working when there are things you would really rather be doing (like going to the beach, hanging with my friends, or sleeping in), and what I was good at, and not so good at.  Coupled with organizing neighborhood sports  and teams, I learned far more that was applicable later from these activities than any other form of education I ever engaged in.

These seem to be skills and talents that kids today are having a harder time developing. I don’t have a paper boy or girl. Many of the low wage entry level workers seem to be adults, and the rising costs of hiring kids is undoubtedly removing lots of opportunities to get started. For me, I wouldn’t have done it any other way. However, I could have done without cleaning the toilets at TJ Maxx….but they said that would ‘build character’….that part was a lie.